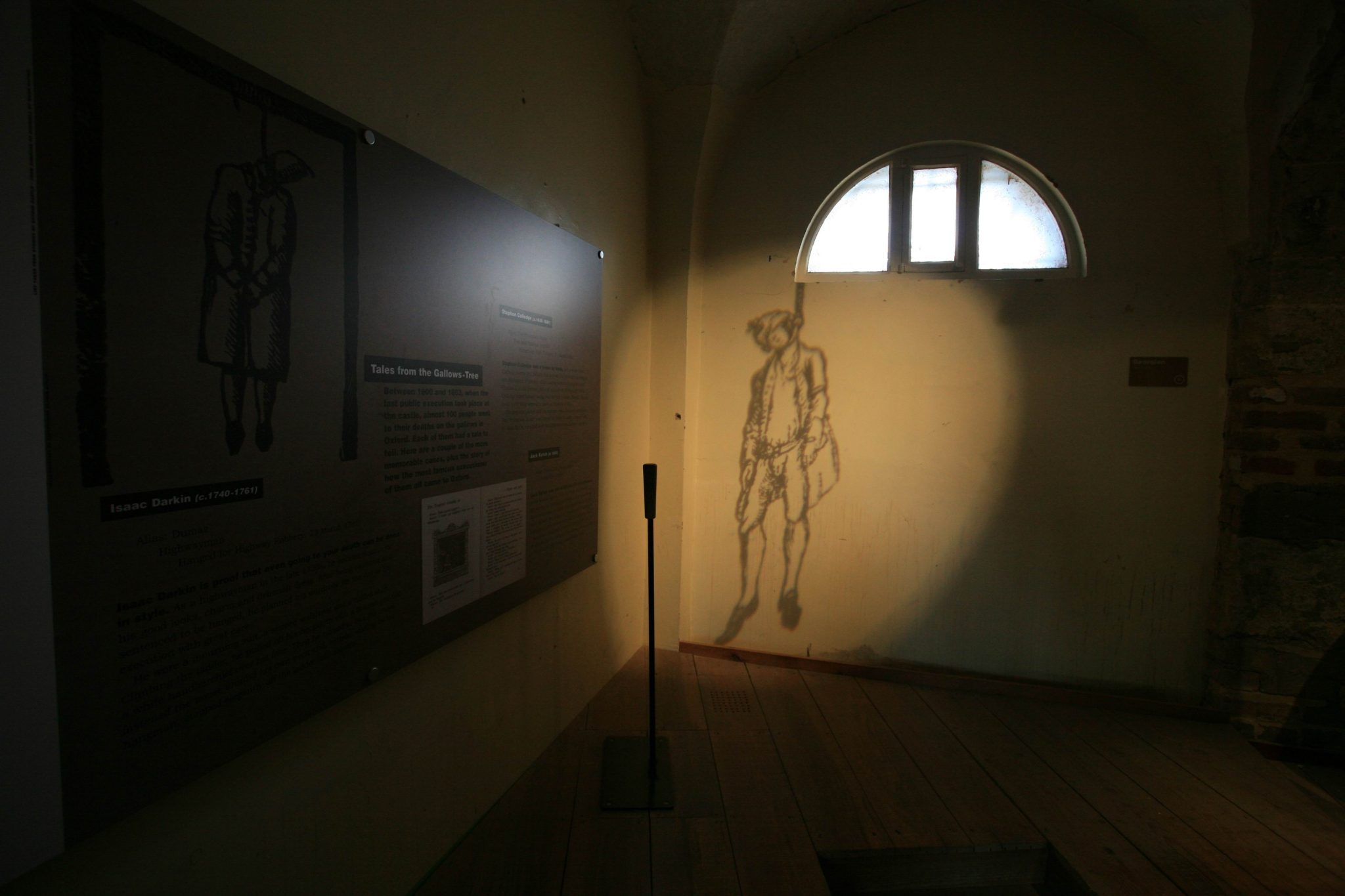 On The Record: The Execution of Oliver Butler

Here is the second in our ‘On The Record’ blog series with one of our tour guides Paul Kyberd, a former Oxfordshire Constabulary Police Detective. In his blog series, he’ll be sharing stories of his experiences in the police force and his many visits to HMP Oxford Castle during his career. Check out Paul’s introductory blog post to find out more about his policing past. In this post, Paul shares the history of the last Oxford Prison execution…

Oliver Butler was the last person to be executed in Oxford.

Here is the second in our ‘On The Record’ blog series with one of our tour guides Paul Kyberd, a former Oxfordshire Constabulary Police Detective. In his blog series, he’ll be sharing stories of his experiences in the police force and his many visits to HMP Oxford Castle during his career. Check out Paul’s introductory blog post to find out more about his policing past. In this post, Paul shares the history of the last Oxford Prison execution…

For everyone who has ever visited Oxford Castle Unlocked, they will know of the Timeline on the windows as you enter the shop entrance.  It clearly outlines the birth of Oxford to the closing of the prison in 1996.

It mentions in the timeline that the last execution to place in Oxford in 1952.  This was the execution of Oliver Butler for the murder of his girlfriend Rose Meadows. The murder took place in the Banbury area of Oxfordshire. Rose was 21 years of age and at the time of his death Butler was 23.

Although this is criminal history now, there are still many of our guests who are interested in the story leading up to Butler being led to the gallows, but be warned – there still are members of the Butler family living in the area who may not want to know the grim details leading to the death of their relation. I have to tell you that in my early days of tour guiding, I did talk about the offence and the trial for which Butler was found guilty but no longer name him for this reason.

In the late 1950s, my in-laws were living in West Street, Banbury, a busy town famous for the poem about the Lady riding a Cock Horse and of course Banbury Cakes. Their near neighbour was the Butler family consisting of the mother and several children whose father was Oliver Butler.  He had been executed some years earlier.

The Butlers married quite young and had several children but in their early 1920s, he felt that the marriage had gone stale and left home, initially living with the Meadows family in Banbury.  He eventually formed a relationship with Rose, the Meadows’ daughter, fell in love and moved out of the family home to live together in another district of the Town. Both were employed at the Northern Aluminium Factory in Banbury.

It was alleged that while out walking, they had a row and Rose had claimed that eventually Butler would return to his wife.  It was claimed that a violent struggle took place and Butler placed his hands round her throat and in the heat of the argument, strangled her.  He left the body and walked towards the railway track where he met a railway worker and immediately admitted that he had strangled and killed his girlfriend. He was subsequently arrested and charged with her murder and remanded to Oxford Prison.

His trial took place at Staffordshire Assizes and he was found guilty.  There is only one sentence for murder and that is “To be taken from this Court to a place of execution and hanged by the neck and May God have mercy on your soul”. He was taken back to Oxford Prison and on this occasion placed in the Condemned Cell.  This actually was a dormitory for the singly Prison Warders who had to find other accommodation until justice took its course. Butler’s legal team did appeal but the Home Secretary found that there were no grounds to commute the sentence.

On 10 August 1952, a short squat man stepped off the train from London at Oxford Railway Station. His name was Albert Pierrepoint, the executioner.  He was met by the prison governor and conveyed the short distance to Oxford Prison. He viewed Butler through the cell door and then left him for the night.  He lodged at The Royal Oxford Hotel near the railway station.

The following day he returned to the prison, met Butler, weighed him and then entered the execution chamber.  He made up a sack of potatoes to the exact weight of Butler and tested the gallows twice to make sure all was in order.

On 12 August 1952, Mr. Pierrepoint entered the condemned cell with the Prison Governor and the Chaplain to the Prison.  The two guards who had remained in the cell with Butler all night held his arms while the deputy executioner placed a belt round his arms and waist.

He was led to the trapdoor by Mr. Pierrepoint while his deputy placed a restraint round his knees.  The last person Butler saw was the glazed eyes of Mr. Pierrepoint as the hood was placed over his head and he was hanged.  It was less than a minute from being taken from the condemned cell to the execution chamber.

Outside the prison there were approximately 50 women objecting to the execution.  At 8am that morning, a note was placed on the main entrance to the prison announcing that the sentence had been carried out. Butler was buried in non-consecrated ground which was a flower border just by the gate leading into the Castleyard.

I worked at the Prison on many occasions and in 1996, the Governor discovered the plot where Butler was buried.  He informed me that he had contacted the family to see if they wanted his bones returned to the family but they declined.Oliver Butler remains buried underneath the Castleyard to this day.

Step inside and do 1,000 years of time with a visit to Oxford Castle & Prison. Book now: https://bookings.oxfordcastleandprison.co.uk/book