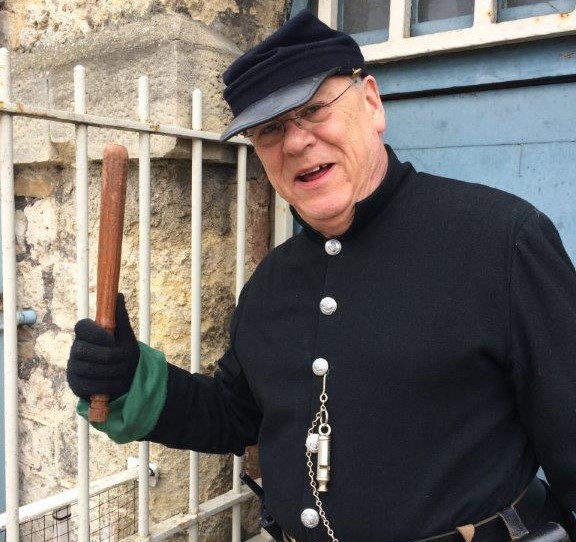 On the Record: Meet Paul Kyberd

Paul Kyberd, one of our fantastic tour guides, has a much longer association with the castle prison than just his work with the visitor attraction. Paul worked for over 30 years for the police and has a variety of interesting and captivating tales about his time in the police force and his many dealings with HMP Oxford Castle… 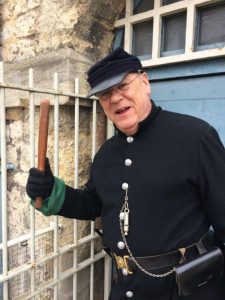 Paul Kyberd, one of our fantastic tour guides, has a much longer association with the castle prison than just his work with the visitor attraction. Paul worked for over 30 years for the police and has a variety of interesting and captivating tales about his time in the police force and his many dealings with HMP Oxford Castle. In the first of a new blog series “on the record”, Paul outlines his long policing career with a few anecdotes along the way!

“I joined as a police cadet in 1965. During my two years as a cadet, I managed to meet Pope Paul in the Vatican, climbed Mount Olympus and was part of an escort through Oxford for Princess Margaret! In 1968, I went to the training school at Eynsham Hall before joining Thames Valley Constabulary as a Constable, patrolling the West of Oxford across to Abingdon. I was out on my own – my first arrest was a drunk and disorderly gentleman. In the process of arresting him, he turned round and kicked me between the legs! Giving evidence against him in court, the judge specifically asked me if the kick had hurt and I remember replying “Bloody right it did!”.  For the next two years, I was covering all sorts – burglary, public indecency, and as time went by, I was slowly climbing the ladder until I began tutoring other members of the force.

Click here for another “on the record” blog about the Black Assize.

In 1976, I decided I wanted to be a detective and I joined CID. I had had enough of traffic patrols! I went to Detective Training School in Wakefield for 10 weeks. They throw just about everything at you. Arresting and charging someone is like building a recipe – you have to make sure all the ingredients are there to prove they’ve committed the offence. In CID, the most common crimes were burglary, robbery and theft so you’d come across cases every day. You’d spend the morning covering the burglaries, then the afternoons taking statements and completing paperwork.

At the end of the 70s, early 80s, I wanted to try something new so I joined the Drugs Squad. This involved a lot of surveillance work as we tried to climb an imaginary ladder up the drug supply chain, most often ending up in London which meant we could catch both the local Oxford dealers as well as the London suppliers. The maximum stint in the Drugs Squad at one time is 3 years so after that, I returned to CID and worked on a couple of murder investigations before signing back up for the Drugs Squad for another 3 years.

During that time, I was involved in a very serious traffic accident and was out of action for 6 months. After that, I didn’t want to do surveillance work anymore so I took on the role of Chemist Inspector in Oxford. This involved going round all of the chemists in the city, checking the drugs coming in and going out to check everything was above board.

Want to read another “on the record” blog? Click here to learn about the great train robbery! 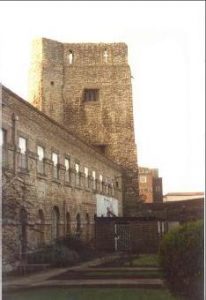 I was also called upon to give expert evidence in court about drug cases, stating the value and discussing how the drugs were produced. I then started lecturing to the medical trade, police force, doctors and prison workers, which is what brought me to HMP Oxford Castle. Look back on HMP Oxford in this “on the record” blog. I used to come every 2-3 months for training, talking to the guards about drug usage, how it could be making its way into the prison. Normally, wives and girlfriends of the prisoners used to smuggle drugs in and hand it over when they kissed; sometimes, we even found drugs being smuggled in in baby’s nappies!

Later in my career, I did a little bit of work with the press and I started appearing on BBC Radio, BBC Morning TV (with Kilroy) and on Panorama, when we were followed on a drugs bust by a reporter who had followed the trail of heroin from the fields in Pakistan right through to Oxford.

The last TV piece I did, I got hate mail! It was a panel discussion about whether cannabis should be legalised. After the hate mail (and a couple of death threats), I decided to stay away from doing any more press. I didn’t do any more until I came to work at Oxford Castle Unlocked and appeared as Governor Holloway on Inside Out. I really enjoyed the TV work – there are definitely parallels between TV and appearing in court as they’re both like being on stage. Now I’m ‘on stage’ as a tour guide at Oxford Castle Unlocked!”

Paul will be writing more about his policing experiences and his tales of Oxford Castle in future “on the record” blog posts. We’re sure there’s plenty more for him to share!

If you would like to learn more about the history of Oxford Castle & Prison, buy your tickets now: https://bookings.oxfordcastleandprison.co.uk/book