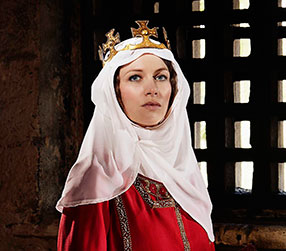 For International Women’s Day, we are honouring the strongest woman in Oxford Castle’s history: Empress Matilda. 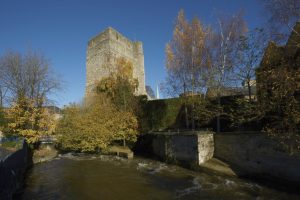 Learn more about Oxford Castle’s history on our Facebook page.

In the 12th century, a fierce battle was fought for the throne of England between Stephen and Matilda, grandchildren of William the Conqueror. Empress Matilda, as daughter of Henry I, was the rightful heir to the throne but as a woman and as the potential first Queen of England (ever), she was overlooked by many of the aristocracy to be unable to take on the responsibility the title would have given her.

She set to work putting this right by undertaking a battle of sieges during which supporters from both sides took it in turns to lay siege to one another’s strongholds. Matilda found herself besieged at Oxford Castle during the winter of 1142. The siege lasted 3 months.

What comes next is one of the greatest escape stories in English history, and is well renowned as such. One freezing night in December, Matilda wrapped herself in a white cape, and snuck through enemy lines disguised against the thick snowfall around her. She then donned a pair of ice skates and fled across the frozen River Thames to the safety of Wallingford Castle.

Matilda and Stephen’s war, known as The Anarchy, ended in 1153 when Matilda agreed that Stephen could be King by signing the Treaty of Wallingford, on one condition – when he died, Stephen was to leave the throne to Matilda’s son, Henry. Conveniently, Stephen did not enjoy a long reign as King of England, dying just a short year after the treaty was signed and King Henry II was crowned in 1154.

Whilst Matilda did not win the battles, she undoubtedly won the war, living until 1167, thereby outliving Stephen and enjoying over 10 years of her son’s reign before she died. Justice!

Tweet us @oxfordcastle and let us know: Who is the strongest woman you know?

If you would like to learn more about Matilda and see her room in the tower for yourself, book your visit to Oxford Castle & Prison now: https://bookings.oxfordcastleandprison.co.uk/book