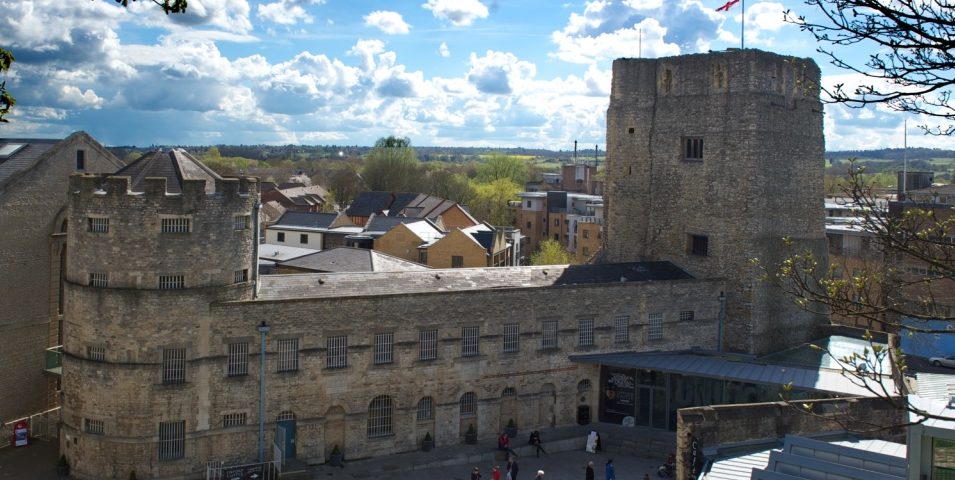 Marking 20 years since the closure of Oxford’s Prison…

As September 7th marks the twenty year anniversary of Oxford Prison’s closure, it seems only right that we take a look back at its history…

As September 7th marks the twenty year anniversary of Oxford Prison’s closure, it seems only right that we take a look back at its history. Whilst we now enjoy bringing family and friends to look around and maybe spend a night in the illustrious Malmaison hotel, we should not forget that the stories we relish in telling and listening to on our tours are those of people who really did live, and some who died, within the prison grounds.

So let’s take a quick trip back in time to examine the conditions of prison life and the developments that occurred up until its closure in 1996.

In the early years, inmates were mainly the poorer members of society, driven into crimes such as theft and fraud largely through desperation. Children as young as 7 could be imprisoned at this time and assigned to hard labour. Whilst incarcerated, prisoners had to pay for their own upkeep, and thus it was not uncommon for people to starve to death or from cold and disease. Rich people certainly had a better time, but whilst they might have been more comfortable their money didn’t always save them, as the story of Mary Blandy attests. Corruption was rife within the prison at this time. Guards would trade with prisoners or simply extort them to earn a bit of extra cash. The prison was filled with vermin, sewage and disease and there was no ventilation.

As the 18th century wore on, these conditions were at odds with the increasingly civilised tastes of society and murmurs of reform were in the air. Towards the end of the 18th Century, the number of offences punishable by death was reduced from 200 to something primarily reserved for murder. The last public execution in Oxford took place in 1863.

Oxford Prison was one of the first county gaols to be rebuilt during the period of prison reform sparked by John Howard’s The State of the Prisons (1777). Under the management of Daniel Harris the prison gained better ventilation and sanitation, sick wards were introduced, prisoners were assigned separate cells and uniforms. You would be wrong, however, to think that this meant prison sentences were softer; during the Victorian period great stress was put on hard labour as a means of crushing the spirit of inmates, forcing them to amend their ways. You can see some forms of hard labour on the castle tour.

During the final decades, prisoners were generally treated better; the only tasks defined as hard labour were working on the farm and in the laundry, and in the mid-1970s a medical ward was introduced allowing for the segregation and care of the sick. A lot was still left to be desired, however. In a report carried out by H.M. Chief Inspector of Prisons in 1986 the prison was deemed substandard in many areas and the intention was for it to be closed by 1991. Despite being expanded in the 19th century, the prison was severely overcrowded, with up to three people inhabiting a cell built for one and the already limited facilities far from adequate.

“Each landing had only one recess equipped with two slop sinks, two WCs, one urinal and one washbasin, which…were required to serve in excess of 30 cells, many of which were occupied by two or three inmates”[1]

Furthermore, inmates had access to just one bath or shower and one change of clothes (including underwear) per week. They were assigned jobs, but lack of staff to supervise often meant that they were confined to their cells for entire days, there were limited opportunities for education and essentially no physical exercise.

The prison struggled on like this until 1996, just twenty years ago, before being taken over and transformed into the attraction you see today! So why not come and have a look around, hear the stories of the individuals who built, ran and were imprisoned here and imagine what it would have been like? We hope to see you soon!