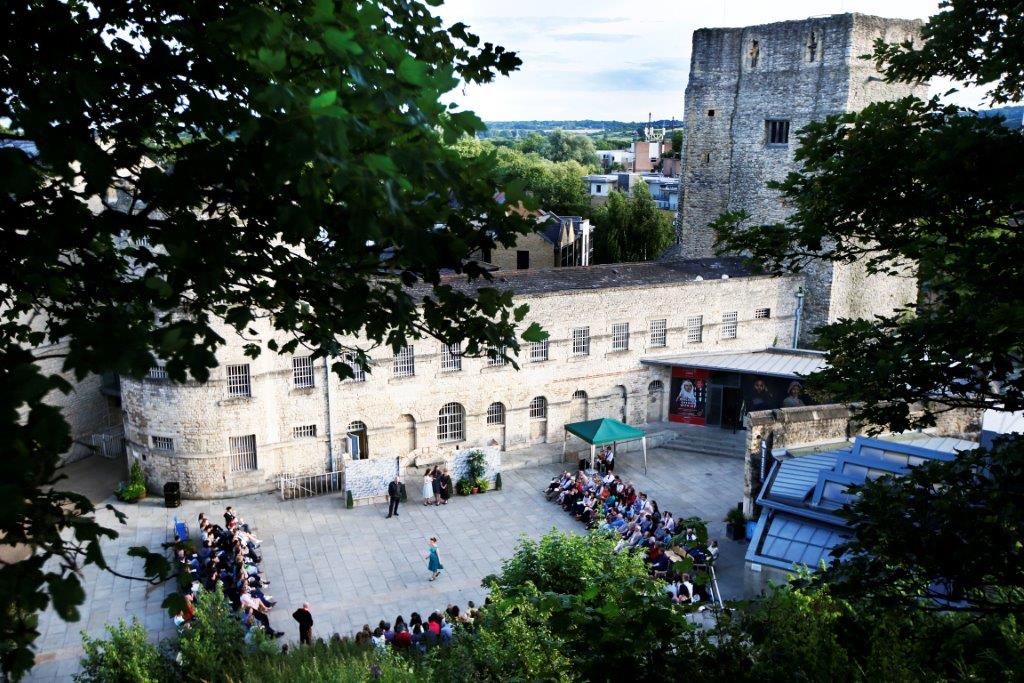 Next week brings the beginning of the fourth and final Shakespeare play to be presented in our Castleyard. BMH Productions will perform two Shakespeare plays in the space of one, with short versions of Macbeth and A Midsummer Night’s Dream, both classics! We met with Edward Blagrove and Ashley Harvey, producers at BMH Productions to find out more…

Next week brings the beginning of the fourth and final Shakespeare play to be presented in our Castleyard. BMH Productions will perform two Shakespeare plays in the space of one, with short versions of Macbeth and A Midsummer Night’s Dream, both classics! We met with Edward Blagrove and Ashley Harvey, producers at BMH Productions to find out more…

How and when did BMH Productions begin? 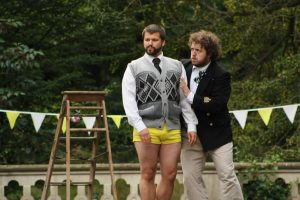 BMH began in 2006 – we celebrate our 10th anniversary this year! 3 friends who had left youth theatre, having a beer discussing the theatrical projects we would like to do and the experience we would like to get. We decided to not wait until someone else offered us the chance to do this. We would do it ourselves. BMH was born.

How did you get into theatre in the first place?

The 3 founders all met in youth theatre. Basically I think we all enjoyed showing off in some way. We loved singing, performing and everything to do with the theatre. When we left the youth theatre, we couldn’t handle the idea that it would stop. We all are still involved with theatre in some way.

Favourite thing about your job?

The variety that it brings is amazing. One week it’s a musical, then you are helping someone with their drama school audition and then you are running around pretending to be a Toad in Wind in the willows! It is huge amounts of fun and at the same time you get to make life-long friends. Some people have even met their spouse through our group!

Can you explain the format of the play you’re presenting at this year’s festival – two plays in the space of one? 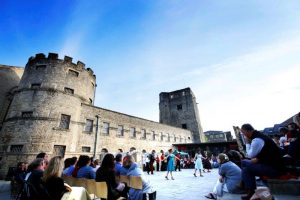 We were keen to explore the idea of magic in two of Shakespeare’s classics. The dark, oppressive magic of the witches in Macbeth and then the lighter, more playful magic of the fairies in Midsummer Night’s Dream. The best format for that to work was to do a condensed, hour long version of each on the same night! So it is Macbeth first, then an interval, then Midsummer Night’s Dream. The same cast are in both so you get to see how magic works in both worlds.

What has been the most challenging part of developing this play?

In many ways it has felt, at times, like producing two plays, so the challenge has been to make it feel like one, albeit two very distinct stories.  By using the theme of Magic we have been able to link the two.  There is also the challenge of removing a character from you in 20 minutes and becoming someone completely different.  Here at BMH we love a challenge, so we have found them to be exhilarating!

Why should people come and see Macbeth/A Midsummer Night’s Dream?

A unique way of telling two well-known stories.  It feels fresh.  Even though with Macbeth we have gone relatively traditional in our setting, this feels like a new way of telling their story.  With the dream it is just total fun, every scene pulses along with action and comedy, it is wonderful!

What’s next for BMH? Any more shows in the pipeline?

As of this moment we have several things ‘on paper’ but nothing firmed up.  I guess we’ll see how this summer goes and address things then.  We’d love to go the Edinburgh fringe at some point, and perhaps another, more gritty, musical, but in short, watch this space!

Find out more about BMH Productions on their website by clicking here. Book your tickets now to see Macbeth/A Midsummer Night’s Dream, which starts on Monday 1st August in the Oxford Castleyard and runs until Saturday 13th August.