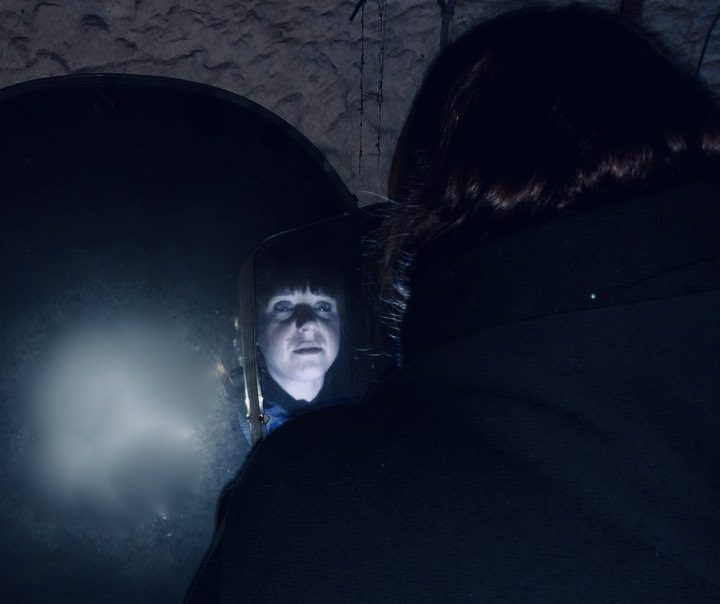 Meet the investigators! On Saturday 24th April 2021, Oxford Castle and Prison will be hosting their first-ever virtual paranormal investigation! With the expertise of Haunted Happenings, their trained ghost hunters may bring to light what lives in the shadows of the 1000-year-old building.

One of the investigators who will be here live on the night is Natalie. She has been a team leader at Haunted Happenings for over 8 years and has led many investigations at Oxford Castle and Prison. During her time investigating Oxford Castle, one experience has always stood out to her. Whilst conducting an investigation in one of the historic prison cells, she and her group could hear a persistent knocking on the window, unable to explain the sound from within the cell, they quickly exited and went outside to try to debunk the eerie noise. However, when they reached the window from the outside, they realised it was too far off the ground for anyone to reach or for any tree branches to knock against it.

This is not the first time Natalie has been startled during a paranormal investigation with Haunted Happenings. During her first-ever ghost hunt, Natalie was part of a team exploring the dungeon to a castle. A member of the team warned her of a gentleman standing behind her. In sheer panic, she screamed and ran out of the building and then spent the rest of the ghost hunt calming herself down by sitting on the grass outside. It wasn’t until later that the team member told her that she got confused as they were just trying to warn her not to bump into another guest standing behind her! Needless to say, this experience only heightened Natalies’ interest in the paranormal and she booked on to a number of other ghost hunts before joining the team to lead ghost hunts herself.

Join Natalie and the rest of the Haunted Happenings team as they investigate Oxford Castle & Prison. Tickets available here.

Step inside and do 1,000 years of time with guided tour of Oxford Castle & Prison. Book now: https://www.oxfordcastleandprison.co.uk/